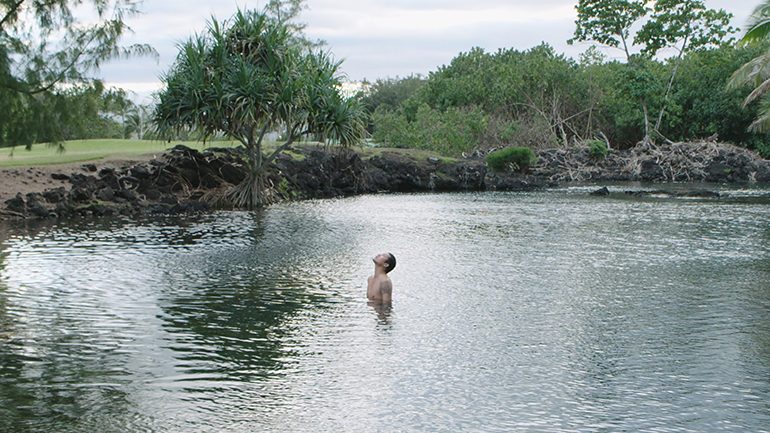 AUGUST AT AKIKO’S is a mystical film that lives in the seams between dream, reality, and memory with a time-signature all its own. Armed with just his suitcase and a sax, cosmopolitan musician Alex Zhang Hungtai (Dirty Beaches, Last Lizard) returns home to the Big Island of Hawai‘i after being away for nearly a decade. Amidst possessed sax solos and brooding strolls, Alex stumbles upon a Buddhist bed & breakfast run by a woman named Akiko (Akiko Masuda). Hungtai’s wild sax and Akiko’s Buddhist bells form the base for a rich soundtrack surrounding the unexpected new friendship and wrapping around the audience like a sonic web.