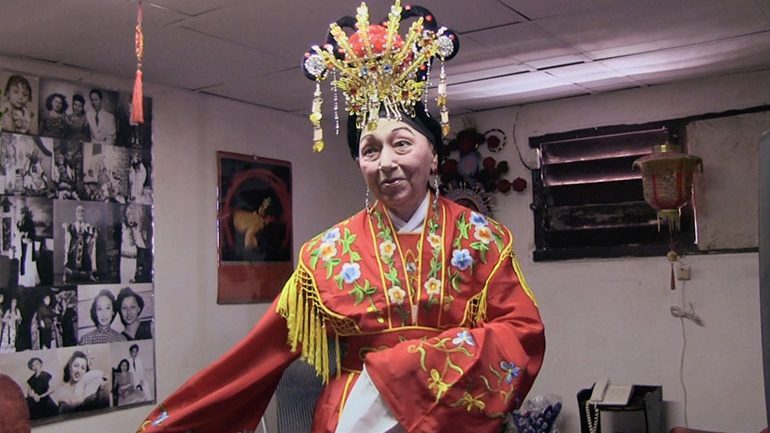 Caridad Amaran and Georgina Wong learned the art of Cantonese opera in 1930s Havana. Caridad’s mentor was her foster father, Julian Fong, who immigrated to Cuba in the 1920s after his family forbade him from performing opera. Georgina’s father was a famous tailor in Chinatown, who encouraged her to learn Kungfu and lion dance. Although each was an only child, they formed a sisterhood on stage. Throughout the 1940s, Caridad toured cities with Chinese communities all over Cuba as one of the lead actresses of the opera troupe. Georgina quit opera to attend college, but her study was interrupted by Castro’s 1959 revolution and her required military service. Eventually, she went on to become a diplomat. After retirement and well into their sixties, the two “sisters” are trying to perform Cantonese opera again. Will they find a stage? Will they find an audience?

Film will be introduced by Nancy Yunhwa Rao of Rutgers University.