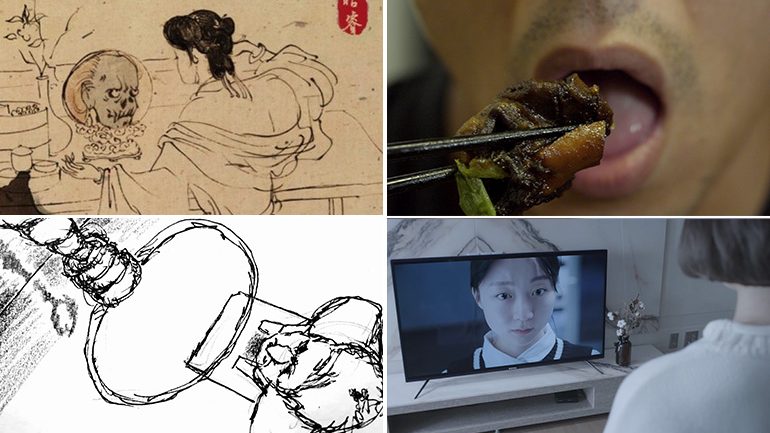 A serial dater-turned-killer, ghost children, and spiritually possessed painting are just a few of the topics in this year’s five-film Horror Genre Shorts program. Not for the faint of heart.

WHAT’S THAT IN THE GROUND?
Director: Wally Chung | 2 mins | USA
When you want one thing, sometimes you get the complete opposite or something worse.

HEARTSEEKER
Director: Brett Kodama | 20 mins | USA
After making a connection on a popular dating app, a single woman with a passion for cooking brings her date home for dinner. Chances are he won’t like what’s on the menu.

SANZU NO KAWA: THE RIVER OF THREE CROSSINGS
Director: Cyrus Yoshi Tabar | 7 mins | USA
After a shooting at school takes his sister’s life, a young Japanese American boy is trapped between his memories, grief, and the new reality he faces at home.

PAINTED SKIN
Director: Hanrui Wang | 4 mins | China
A young artist huddles down in an old, abandoned temple for the night. To pass the time he paints a beautiful woman, which is surprisingly lifelike.

HANA
Director: Mai Nakanishi | 13 mins | Japan, South Korea
A college student named Sujin starts her job as a part-time babysitter for a single working mother who needs someone to look after her 4-year-old daughter Hana. Sujin is hired on the spot, but soon after she is left alone with Hana, strange things start to happen.