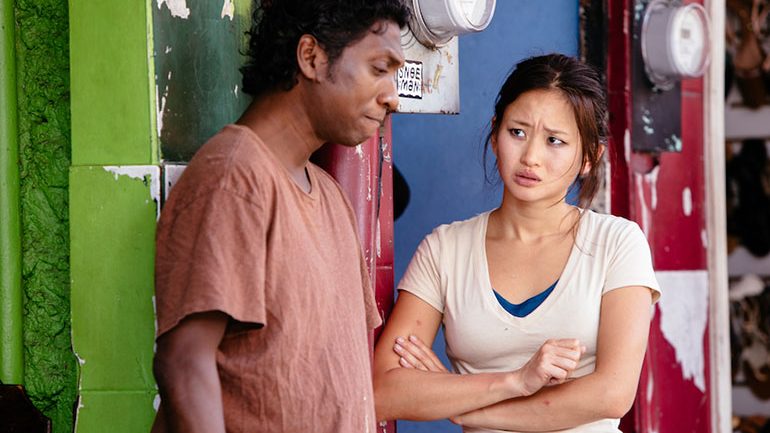 After the death of her father, Zhenzhen leaves China to be with her brother, who works construction on the islands of Trinidad and Tobago. Although she gets a job at a restaurant, she is forced into a compromising position when the smuggler demands more cash. Her brother promises to pay her debt, but he is unsuccessful in getting an advance from his employer, leaving Zhenzhen desperate. She asks her boss for the money. He agrees but makes Zhenzhen promise she will work it off. Help comes unexpectedly from Evelyn, who runs an art gallery in the neighborhood. But the contrast between the dark rooms above the restaurant and the blindingly white gallery calls everyone’s innocence into question.