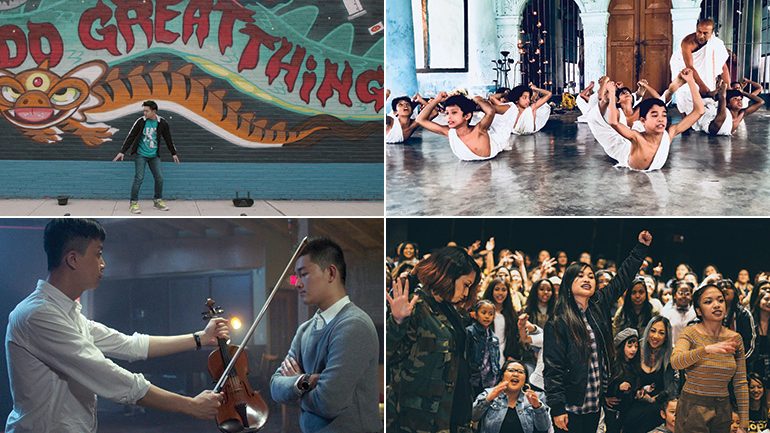 What do a street dancer, violin virtuoso, keeper of sacred tradition, and femme-forward hip hop artist-activist all have in common? Their love of music. This mixed block of two narrative and two doc shorts explores a few of the many different relationships that people have with music, and the impact it has on our lives.

DANCING THE DIVINE
Director: Madhusmita Bora | 12 mins | India
This short documentary captures the essence and spirit of Sattriya – a five-hundred-year-old living dance tradition from the Vaishnav monasteries and the story of Assamese monks that live on the river island of Majuli.

NOTHING ON US: PINAYS RISING
Director: Evelyn Obamos | 25 mins | USA
This behind-the-scenes documentary records Pinay Rapper Ruby Ibarra as she makes her directorial debut for the music video of “US”. Working through logistical nightmares and corralling a crowdsourced all-Pinay cast of 200, the film shows how she executed an ambitious vision to create a compelling multi-dimensional narrative about resistance, solidarity, and female empowerment.