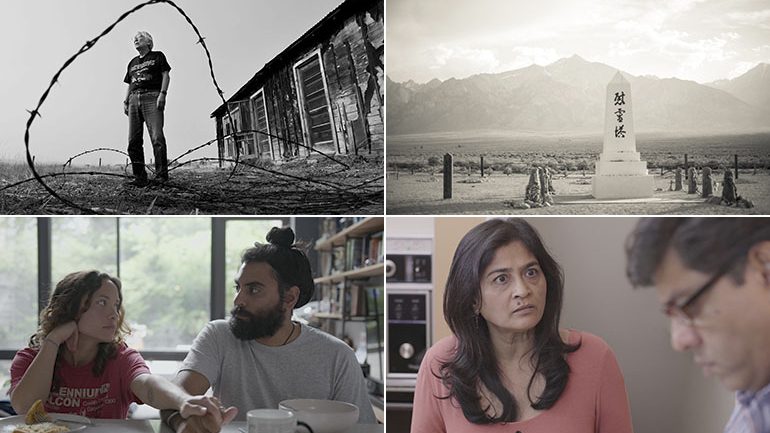 “This mixed program of doc and narrative shorts explores the similarities and differences between anti-Japanese sentiment that led to the community’s mass incarceration during WWII and Islamophobic bigotry in the post-9/11 and Trump Era. The block of six shorts is evenly split between Japanese American and Muslim/Sikh/South Asian stories for an evocative program meant to provoke conversation about these startling parallels

MOVING WALLS
Director: Sharon Yamato | 25 mins | USA
What happened to the scores of barracks used to house 120,000 Japanese Americans during WWII? At one camp built on government land in a remote area in Wyoming, they were sold for a dollar apiece to GI homesteaders settling the West after the war. This short doc delves into the intersection of mass incarceration and homesteading farmers as one group’s American nightmare became part of the American dream for another.

FIVE O’CLOCK SHADOW
Director: Sangeeta Agrawal | 7 mins | USA
An Indian American mother experiences racial abuse, causing her worst fears to rise to the surface. For the first time ever, she asks the question – do we really belong here?

PAGG
Director: Nardeep Khurmi | 17 mins | USA
In the aftermath of a hate crime, a Sikh American man grapples with his fears and anxieties as he attempts to celebrate the 4th of July with his wife and infant son. As tensions rise through various microaggressions and racially charged encounters, he makes a tragic decision that changes his identity forever.

SURVIVING SURVEILLANCE
Director: Sarah Khan | 9 mins | USA
Since 9/11 Muslim Americans have been mapped, surveilled, and entrapped by the NYPD. This short doc provides insight into the struggles of one family impacted by these questionable policing practices. “