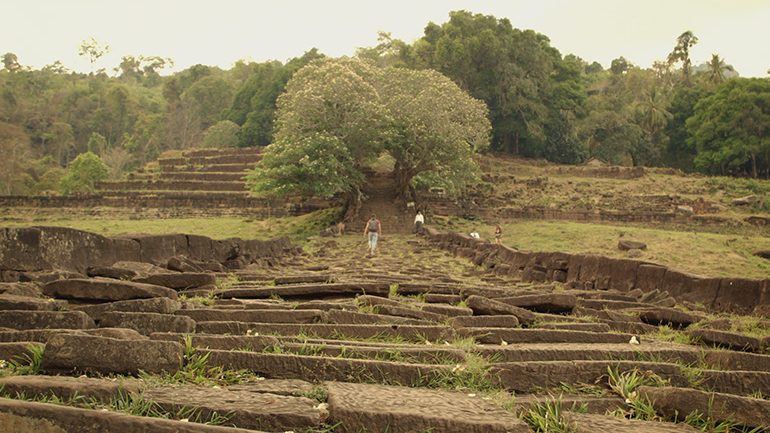 In her directorial debut, actor/writer/podcaster Kulap Vilaysack explores her tangled family tree to find out who she is. When Vilaysack was 14, she took her father’s side in an argument and her mother replied, “Why are you defending him? He’s not your real dad.” Twenty years later, she’s finally ready to learn what that means.

ORIGIN STORY is a feature-length, international quest with stops in Los Angeles, Minnesota, and Laos for Vilaysack to meet the biological father she never knew. On the road unforeseen revelations strike both hilarious or heartbreaking—but rarely in between.

Before the screening Laos in the House Executive Director Catzie Vilayphonh will present a spoken word visual poem titled “S.O.S. in Reverse”.

Catzie Vilayphonh is an award-winning writer, spoken word poet and artist, and the Director of Laos In The House, a project that brings together Lao Americans in continuing their legacy through storytelling in the arts. She is a founding member of the group Yellow Rage, who were featured on HBO’s Def Poetry Jam. Catzie is the 2nd Laotian American to be
appointed to the Mayor’s Commission on Asian American Affairs in Philadelphia and this past year was officially sworn in as a Councilmember of the Pennsylvania Council on the Arts.
Catzie’s works draw from personal narrative and the attempt to reach communities that don’t see themselves in art. Her newest piece, “S.O.S. In Reverse”, is a visual poem.