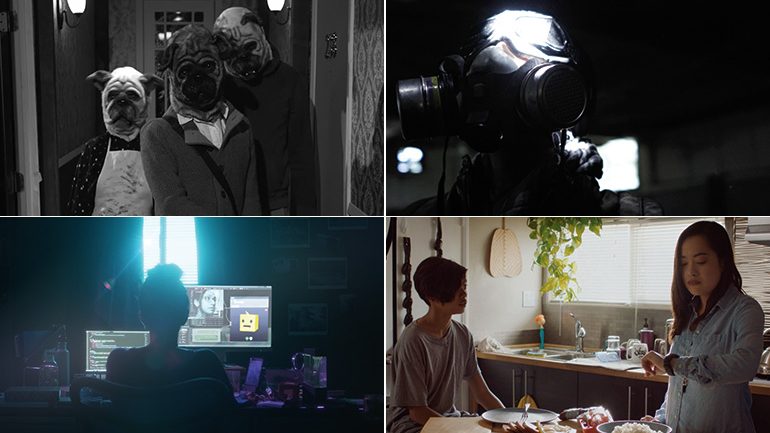 This block of four Sci-Fi genre narrative shorts explores a variety of not-so-distant futures dictated by technology and varying degrees of dystopia.

FRENCHIES
Director: Kuan-Fu Lin | 13 mins | USA
After strange new neighbors move into his building, fear of the unknown makes a man start to suspect the worst of them.

THE LIE GAME
Director: Jyothi Kalyan Sura | 14 mins | USA
After losing her boyfriend to depression, a computer scientist creates and anti-depression AI application and looks for funding to complete it. Following a string of failed interviews, she enters her final interview which turns into a bizarre challenge of lie detection.

ANDLIFE
Director: Jean Goto | 11 mins | USA
Set in the near future when climate change has taken its irreversible toll on Earth, a dying man and his partner contemplate their past.

SHABU
Director: Kiersten Villanueva | 10 mins | USA
Several years after America has placed a “kill-all” order on anyone suspected of dealing in the drug trade, a photojournalist discovers the corrupt nature of the world she lives in.